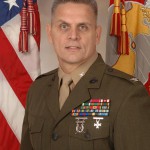 The legal rebuttal was written in response to the base commander, Colonel Choike’s, denial of “Manning’s request to be removed from Prevention of Injury Watch and to have his custody classification reduced from Maximum to Medium Detention”. The letter details the “arbitrary” and “improper” nature of the US Defense Department’s treatment of Manning, including his placement on “suicide watch” after the January 18 17 Protest at Quantico. (Source: The Law Office of David E. Coombs)

On January 18 17 2011, Manning was placed under “suicide risk”, which resulted in his remaining in his cell for 24 hours a day. He was stripped of all clothing with the exception of his underwear. His eyeglasses were removed, which left him, as he describes in “total blindness”. Manning recounts his harassment and placement under “suicide risk” on the day protests were held outside Quantico. 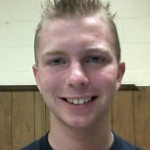 When the guards came to my cell, I noticed a change in their usual demeanor. Instead of being calm and respectful, they seemed agitated and confrontational. Also, instead of the usual two to three guards, there were four guards. Almost immediately, the guards started harassing me. The first guard told me to “turn left.” When I complied, the second guard yelled “don’t turn left.” When I attempted to comply with the demands of the second guard, I was told by the first, “I said turn left.” I responded “yes, Corporal” to the first guard. At this point, the third guard chimed in by telling me that “in the Marines we reply with ‘aye’ and not ‘yes.'” He then asked me if I understood. I made the mistake of replying “yes, Sergeant.” At this point the forth guard yelled, “you mean ‘aye,’ Sergeant.”

“The harassment by the guards continued as I was escorted to my one hour of recreation. When I arrived at the recreation room, I was told to stand still so they could remove my leg restraints. As I stood still, one of the guards yelled ‘I told you to stand still.’ I replied ‘Yes Corporal, I am standing still.’ Another guard then said, ‘you mean “aye” Corporal.’ Next, the same guard said ‘I thought we covered this, you say “aye” and not “yes,” do you understand?’ I responded ‘Aye Sergeant.’ Right after I replied, I was once again yelled at to ‘stand still.’ Due to being yelled at and the intensity of the guards, I mistakenly replied, ‘yes Corporal, I am standing still.’ As soon as I said this, I attempted to correct myself by saying ‘aye’ instead of ‘yes,’ but it was too late. One of the guards starting yelling at me again, ‘what don’t you understand” and ‘are we going to have a problem?’

Once the leg restraints were taken off of me, I took a step back from the guards. My heart was pounding in my chest, and I could feel myself getting dizzy. I sat down to avoid falling. When I did this, the guards took a step towards me. I instinctively backed away from them. As soon as I backed away, I could tell by their faces that they were getting ready to restrain me. I immediately put my hands up in the air, and said ‘I am not doing anything, I am just trying to follow your orders.’ The guards then told me to start walking. I complied with their order by saying ‘aye’ instead of ‘yes.”

Only later did I learn that there had been a protest outside the gates of Quantico the previous day…The rally was intended to bring attention to the conditions of my confinement. It is my belief that my treatment on 18 January 2010 by the guards and later by the PFC Commander [CW4 James Averhart Former Quantico Brig Commander] was related to this protest and my earlier complaints.

After being returned to my cell, I started to read a book. About 30 minutes later, the PFC Commander, CW4 James Averhart, came to my cell. He asked me what had happened during my recreation call. As I tried to explain to him what had occurred, CW4 Averhart stopped me and said ‘I am the commander’ and that ‘no one could tell him what to do.’ He also said that he was, for all practical purposes, ‘God.’ I responded by saying ‘you still have to follow Brig procedures.’ I also said ‘everyone has a boss that they have to answer to.’ As soon as I said this, CW4 Averhart ordered that I be placed in Suicide Risk Status.”

Manning says that the decision to maintain him “in MAX Custody after 27 August 2010 has been an abuse of discretion”:

“I am being treated differently from any other detainee at the Quantico Brig. While the PFC Commander follows the recommendation of the Brig Psychiatrist in dealing with other detainees, this does not happen in my case. Other detainees usually remain on MAX custody or in POI Status for about two weeks before they are downgraded. I, however, have been left to languish under the unduly harsh conditions of MAX Custody and POI status since my arrival on 29 July 2010. In fact, I am currently the only detainee being held under MAX Custody and the only detainee being held in POI status by the Brig. Any objective person looking at the above facts would have to conclude that this treatment is unjustified. The determination to retain me in MAX Custody and under POI Status after 27 August 2010 was improper and constitutes unlawful pretrial punishment. detainee being held in POI status by the Brig.”

Other Brig Personnel Recommend Removal from Max and POI

The continued placement of Manning under such terms and conditions has happened despite numerous cited evaluations by brig personnel, including brig psychiatrists, who recommend his removed from MAX Custody and POI Status. Manning is described as “respectful”, “courteous”, and especially: a “low risk” for self harm.

“I have been stripped of all my clothing at night. I have been told that the PFC Commander [CW2 Denise Barnes] intends on continuing this practice indefinitely. Initially, after surrendering my clothing to the Brig guards, I had no choice but to lay naked in my cold jail cell until the following morning. The next morning I was told to get out of my bed for the morning Duty Brig Supervisor (DBS) inspection. I was not given any of my clothing back. I got out of the bed and immediately started to shiver because of how cold it was in my cell. I walked towards the front of my cell with my hands covering my genitals. The guard told me to stand a parade rest, which required me to stand with my hands behind my back and my legs spaced shoulder width apart. I stood at ‘parade rest’ for about three minutes until the DBS arrived. Once the DBS arrived, everyone was called to attention. The DBS and the other guards walked past my cell. The DBS looked at me, paused for a moment, and then continued to the next detainee’s cell. I was incredibly embarrassed at having all these people stare at me naked.”

In May 2010 Manning was arrested in Iraq on suspicion of having passed classified information to the whistleblower website WikiLeaks. Manning was then flown out of Iraq and detained in a military jail in Kuwait. In July 2010 he was moved to Quantico, a marine base in Virginia, and has since been held in “maximum custody” solitary confinement and on “prevention of injury watch” since January 2011. In March 2011, Manning was charged with an additional 22 counts, including “aiding the enemy,” a capital offense.