I conducted a cursory review of the documents charged against Manning under 18 USC 793(e), for which she was convicted and the documents citing both foreign intelligence sources in diplomatic cables and cooperative Afghani and Iraqi sources in the CIDNE Significant Activities reports cited in Assange’s superseding indictment. (The SIGACTS did not contain HUMINT, that is human intelligence source; she did not disclose that part of the CIDNE database to WikiLeaks per court-martial record)

They do not correlate. Meaning while some documents in this portion of the Assange indictment may seem to match documents charged against Manning under the Espionage Act, some did not; for example the five diplomatic cables were off by year or classification level.

You can view that here. 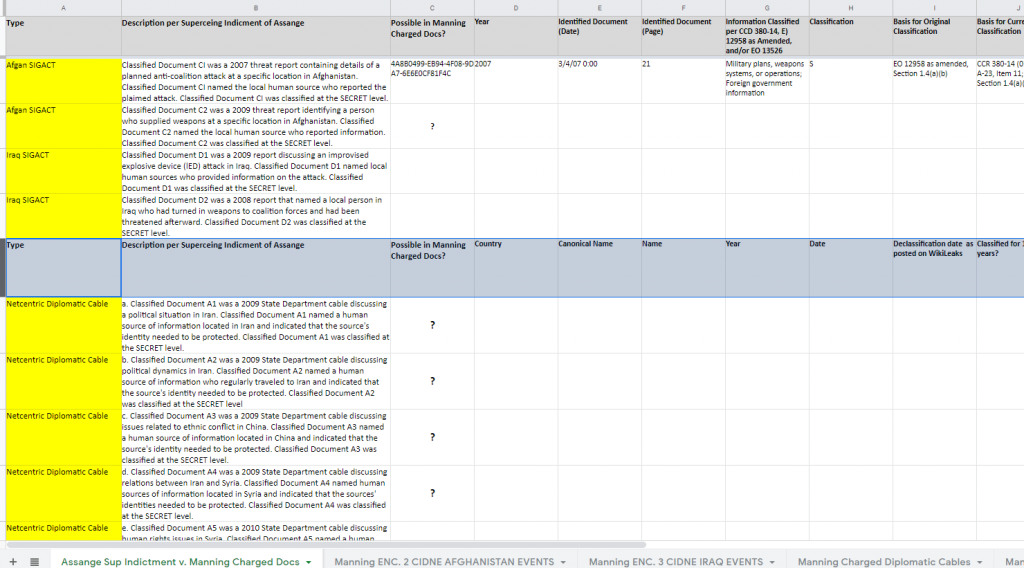