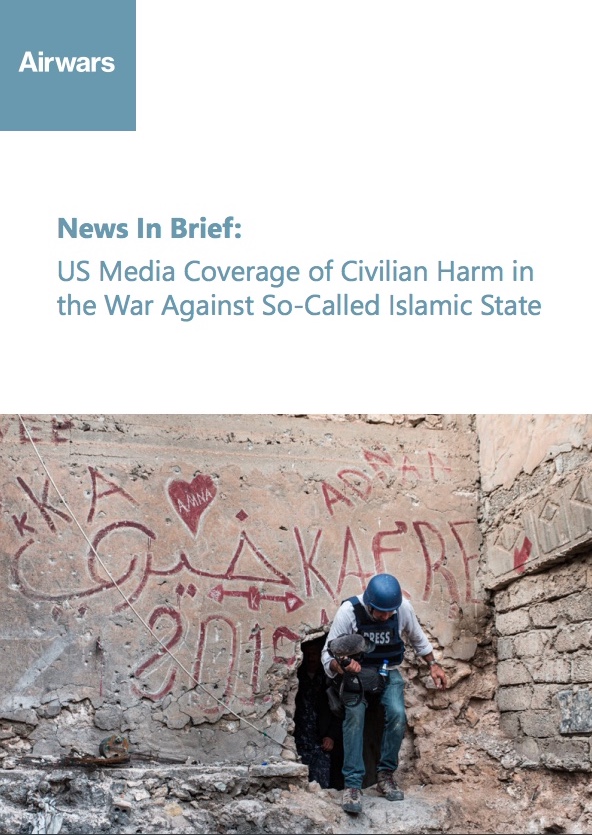 For the last seven months, I researched and authored a report for Airwars, the London-based international military conflict monitor. The report is about US media coverage of civilian harm in the war against so-called Islamic State in Syria and Iraq.

You can read the report here.

This report addresses U.S. media coverage of civilian harm in the war against so-called Islamic State (ISIS) in Syria and Iraq, with the aim of offering practical recommendations to managing editors to help improve reporting on the subject in future conflicts.

The report represents the first comprehensive analysis of U.S. media coverage of civilian casualties in the recent war against ISIS. It includes two studies on the frequency and character of actual U.S. newspaper coverage of civilian harm during separate periods of the conflict; and another examining references to civilian harm at every Pentagon press briefing since the conflict began in August 2014. All three were commissioned by Airwars, two specifically for this report. The report also includes almost one hundred survey responses, collected via a confidential questionnaire and separately during at-length interviews, about civilian harm and conflict reporting. These are drawn from U.S. media professionals across the field, with a particular emphasis on field reporters and defense correspondents.

You can read the report here.