In the summer of 2013, Private Chelsea Manning was convicted of six offenses of violating the Espionage Act and one violation of the Computer Fraud and Abuse Act for disclosing portions of approximately 227 documents to WikiLeaks. 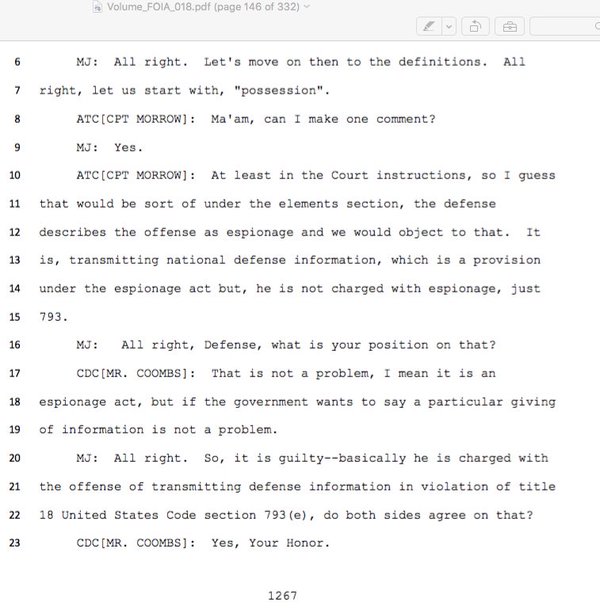 Moreover, Manning was acquitted of aiding the enemy.

Manning was convicted of disclosing (under Espionage Act):

The highest classification she disclosed was SECRET.

The material Manning leaked did not contain sources and methods. A review of the approximately 725,647 documents leaked by Manning conducted by the Defense Intelligence Agency placed the risk to national security at moderate to low.

Brig. Gen. Robert Carr, the counterintelligence expert, who had directed the DIA Intelligence Review Task Force, testified that the disclosures did not contain direct references to human intelligence or sources. Although the Afghan SIGACTS did contained around 900 names, Carr testified that “Many of those names were of people who were already dead, had died at some point in the battlefield.”

I will publish a full analysis of the charged documents; when I am able.