Col. David Miller commander of the Second Brigade, 10th Mountain Division will testify Monday for the defense in the sentencing trial of Pfc. Manning. Miller may also reappear in a possible rebuttal case by the prosecution. 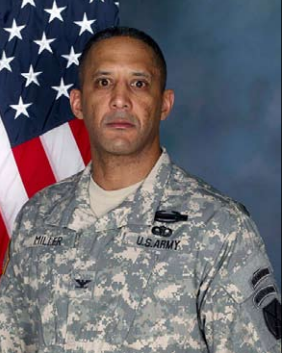 Col. David M. Miller was the most senior officer in Manning’s chain of command in the 2 BCT/10th MTN.

Defense is likely to highlight the breakdown in Manning’s chain of command while deployed to Iraq, and ask Miller’s about his sworn statement from the Secretary of the Army’s 15-6 investigation that was stood up after Manning’s arrest.

Secretary of the Army, John McHugh, directed Lt. Gen. Robert Caslen, commander of the Army General Command and Staff College at Fort Leavenworth, Kansas to lead a “six-member task force” investigation into “how Pfc. Manning was selected for his job and trained” and “whether his superiors missed warning signs that he was downloading documents he had no need to read,” according to a December 2010 McClatchy report. Army spokesperson, Lt. Col. Christopher Garver, told McClatchy the 15-6 probe had a “very broad investigative mandate” and conducted with cooperation with both the Department of the Army and CENTCOM.

According to Miller’s sworn statement, Maj. Cliff Clausen, the highest ranking intelligence officer (or Brigade S2) “was not up to the standard of performance that [Miller] expected out of someone in that position..” Miller “decided it was best to remove” Clausen “from his position as the [Brigade] S2 and place” Cpt. Steven Lim into that job. According to the testimony of Lim at the Article 32 Pretrial Hearing in December 2011, in the third or fourth week of January 2010, Lim, the then Assistant Brigade S2, was promoted to Brigade S2 replacing Clausen.

Lim testified at the Article 32 in December 2011 that Clausen “could not communicate information to the commander [Miller] in the way the commander needed.” Lim also testified then that changes in command during deployment are atypical.

According to Miller’s sworn statement, Cpt. Matthew Freeburg also relieved an unidentified captain as the company commander for Headquarters and Headquarters Company at the latter end of the deployment – around April or May 2010 – a month or so before Manning was arrested. Miller said the unidentified captain was relieved because of “ property accountability and due to the fact he was not making good decisions.“

Miller also said that Manning’s most immediate commanding officer– who was found to be derelict in his duties as a result of the Secretary of the Army investigation, and subsequently demoted– then Master Sergeant Adkins, “was ‘marginal, but not bad enough to either relieve or replace.'” Miller also said Adkins “failed to inform the chain of command of Pfc. Manning emotional and mental condition and this failure resulted in the command not submitting a DEROG [derogatory report on Manning’s security clearance] in a timely manner.”

During closing arguments, lead military prosecutor, Major Fein, cited trial testimony by Miller in relation to offenses under Article 134, which include all the federal criminal violations Manning has been convicted of and which also involve “disorders and neglects to the prejudice of good order and discipline in the armed forces” and “conduct of a nature to bring discredit upon the armed forces.”

There are 15 offenses Manning has been convicted of under Article 134.

Fein had said during the prosecution’s closing arguments:

Lastly, Your Honor, the United States proved that PFC Manning’s misconduct was prejudicial to good order discipline and service discrediting for all of the Specifications of Charge 2 [Article 134].

Colonel Miller, Colonel Miller testified that the last thing he expected was an internal security breach from one of his own, an insider threat from within his ranks.

According to Colonel Miller, when he briefed the staff about PFC Manning’s actions, a funeral-like atmosphere fell over the crowd. They were angry, sad, grieved and frustrated all at the same time.

Colonel Miller testified that before the scope of PFC Manning’s misconduct was revealed, the unit morale was at an all-time high. As they had just completed their mission requirements, everything was going well with the Iraqi security forces and they were beginning to do draw-down in order to redeploy to Ft. Drum.

Soldiers that had been on numerous prior deployments within, as he testified, the most deployed brigade in the United States Army, were finally seeing the fruits of their labors over the past 10 years come to fruition.

And then, PFC Manning’s covert actions came to light. His misconduct completely shook the entire brigade, according to Colonel Miller.

Manning is current exposed to 90 years maximum punishment for 20 convicted offenses. The prosecution is expected to finish its sentencing case on Friday.