Where is the video of Pfc. Manning interrogation by CW4 Averhart at Quantico? 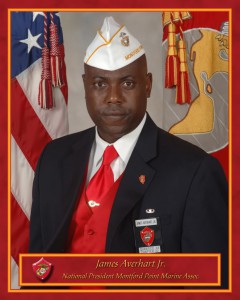 On 18 January 2011, Pfc. Manning is interrogated and stripped by guards at the direction of the Quantico Brig Commander, CW4 James Averhart. Defense states that the incident is videotaped.

After being returned to my cell [18 January 2010], I started to read a book. About 30 minutes later, the PCF Commander, CW4 James Averhart, came to my cell. He asked me what had happened during my recreation call. As I tried to explain to him what had occurred, CW4 Averhart stopped me and said "I am the commander" and that "no one could tell him what to do." He also said that he was, for all practical purposes, "God." I responded by saying "you still have to follow Brig procedures." I also said "everyone has a boss that they have to answer to." As soon as I said this, CW4 Averhart ordered that I be placed in Suicide Risk Status.

On 18 January 2011, over the recommendation of Capt. Hocter [BRIG PSYCHIATRIST] and the defense psychiatrist, Capt. Brian Moore, [FORMER QUANTICO BRIG COMMANDER] CW4 Averhart placed me under suicide risk. The suicide risk means that I sit in my cell for 24 hours a day. I am stripped of all clothing with the exception of my underwear. My prescription eyeglasses are taken away from me. I am forced to sit in essential blindness with the exception of the times that I am reading or given limited television privileges. During those times, my glasses are returned to me. Additionally, there is a guard sitting outside my cell watching me at all times.

The next day, defense files a preservation of evidence request with the Government for the video of Pfc. Manning's stripping and interrogation.

On January 18, 2011, defense was notified that PFC Manning at the direction of XXXXXXXXXX [FORMER QUANTICO BRIG COMMANDER] [CW4 JAMES AVERHART], was placed in suicide risk. This decision was made over the recommendations of XXXXXXXXXX [CAPT. HOCTER] [BRIG PSYCHIATRIST] and the defense appointed XXXXXXXXXX [PSYCHIATRIST] [CAPT. BRIAN MOORE]. When PFC Manning was being ordered to surrender his clothes as part of the unnecessary suicide risk, the Brig made the decision to videotape this event along with an interrogation of PFC Manning by XXXXXXXXXX [CW4 JAMES AVERHART] and others. On 19 January 2011, the defense filed a preservation of evidence request with the government and a request for the production of the video. The government has yet to respond to the defense request. The defense believes the video will support PFC Manning's claim of unlawful pretrial punishment.

On 22 November 2011 defense requested that the video of Pfc. Manning being stripped and interrogated be produced by the Government for the Article 32 Pretrial Hearing.

On 30 November 2011, the Government responds to the defense request for the Quantico video of Pfc. Manning's stripping and interrogation on 18 January 2011, stating that it "will provide all matters requested that are it is possession no later than 2 December 2011."

On 1 December 2011, defense files a Motion to Compel the video of Pfc. Manning's striping and interrogation on 18 January 2011 for the the Article 32 Pretrial Hearing

The video of PFC Manning being ordered to surrender his clothing at the direction of [FORMER QUANTICO BRIG COMMANDER, CW4 JAMES AVERHART] and his subsequent interrogation on 18 January 2011. Given the fact the defense filed a preservation of evidence request on 19 January 2011 - nearly one year ago - the government has no excuse for not providing the video."

On 15 December 2011, Lt. Col. Paul Almanza, the Investigating Officer at the Article 32 Pretrial Hearing, rules that the videos of Pfc. Manning's stripping and interrogation at Quantico on 18 Jan 2011, "is not relevant to the form of the charges the truth of the charges or information as may be necessary to make an informed recommendation as to disposition specifically the circumstances surrounding PFC Manning's placement in suicide risk are not relevant to a determination as whether PFC Manning committed the charged offenses and if so what the disposition of those charges should be."

According to the 16 February 2012 Defense Motion to Compel Discovery No. 1, the Government produced to defense a Quantico video of PFC Manning being ordered to surrender his clothing but not the video of the subsequent interrogation by CW4 James Averhart, former Quantico Brig Commander.

At the 15 March 2012 Article 39(a) Motion Hearing the public learned that the Government asserts the video of Pfc. Manning's interrogation by CW4 Averhart on 18 January 2011 does not exist.

Coombs (Defense): How my client was treated, we believe the relevancy. Does not exhaust. We believe it does exist. Being video taped at the time this was happened. Government says we were provided two video, but we were not provided the correct videos.

Judge Lind: Now I don't have any evidence.

Coombs (Defense): We can provide evidence your Honor.